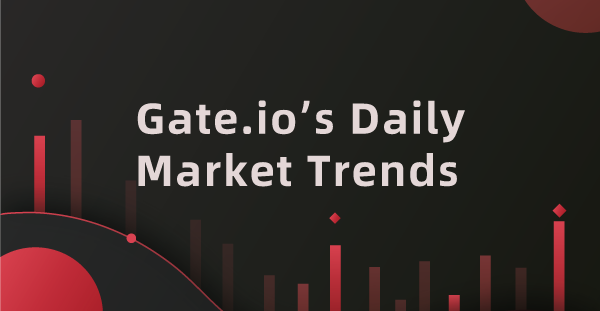 As of 12:00 on the 21st, Beijing time, the spot price of Bitcoin was $34669.3, and the price of Ethereum was $2156.14 .Bitcoin's price saw a slight increase from yesterday evening to early this morning. On the one hour time-frame, there were 7 consecutive positives. During the day, Bitcoin's price dipped again and tested the $33,000 position downwards. In the afternoon, bitcoin’s price rebounded, but the rebound was not strong enough and the intra-day pressure point is expected to be $35,800. The price of bitcoin is likely to float between $33,000 and $35,800 today.

According to Gate.io data, a total of 73,407 traders have suffered liquidation in the past 24 hours, worth a total amount of over $547 million.

According to the data from PitchBook, venture capital funds have already invested $17 billion into the crypto industry in the first 6 months of 2021, making it by far the most in any single year, and nearly equal to the total amount in all previous years combined. The largest one came in a single deal from Block.one, which injected %10 billion of digital assets and cash into Bullish Global.

The Ministry of Interior of the Islamic Republic has suspended the Iran Blockchain Association (IBA), after the organization allegedly breached government regulations. IBA is a non profiting and self-governing organization consisting of entrepreneurs, experts and activists in the blockchain industry.

Banking giant BBVA announced last Friday that it was launching a bitcoin trading service for their private banking clients in Switzerland who were interested in digital asset investment. Starting on June.21, clients will be allowed to trade on their own.


Author: Gate.io Researchers: Gazer. C & Charles.F
*Gate.io reserves all rights to this article. Reposting of the article will be permitted provided Gate.io is referenced. In all other cases, legal action will be taken due to copyright infringement.