Looking at the Past and Present of NFT from "CryptoPunk #7523"

NFT is non-fungible token is known as non-fungible token, which has the characteristics of non-divisible, non-interchangeable, and unique. The corresponding concept to NTF is “Fungible Token (FT) )", that is, tokens that can be interchangeable for each other and are essentially indistinguishable, such as BTC and ETH. The difference between the two tokens is similar to Picasso’s paintings and the U.S. dollar. The paintings are "NFT" and the U.S. dollar is the "common currency." Each Picasso painting is different and has a different collection value. While U.S. dollar can interchange with each other, even though each dollar has a different number. Learn more about NFT magice box on gate.io.


On June 10, in the NFT art exhibition and online auction event "Natively Digital" held by Sotheby's, "CryptoPunk #7523" was sold for 11.754 million US dollars, setting a record for t CryptoPunk NFT historical transaction record and making NFT ,once again, the most trendy topic around the world. 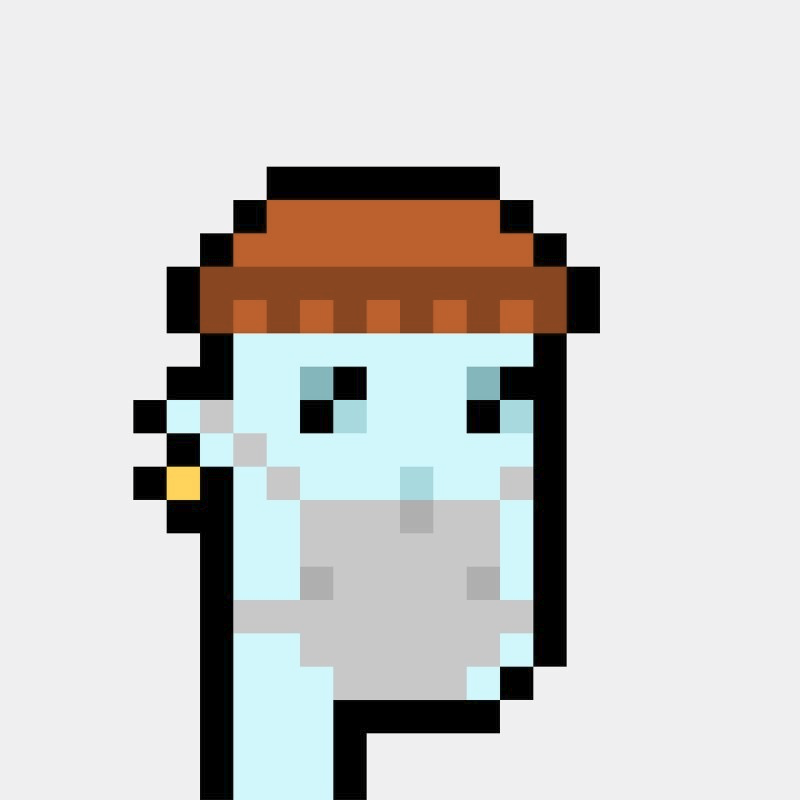 "CryptoPunk #7523"-Image is extract from Internet 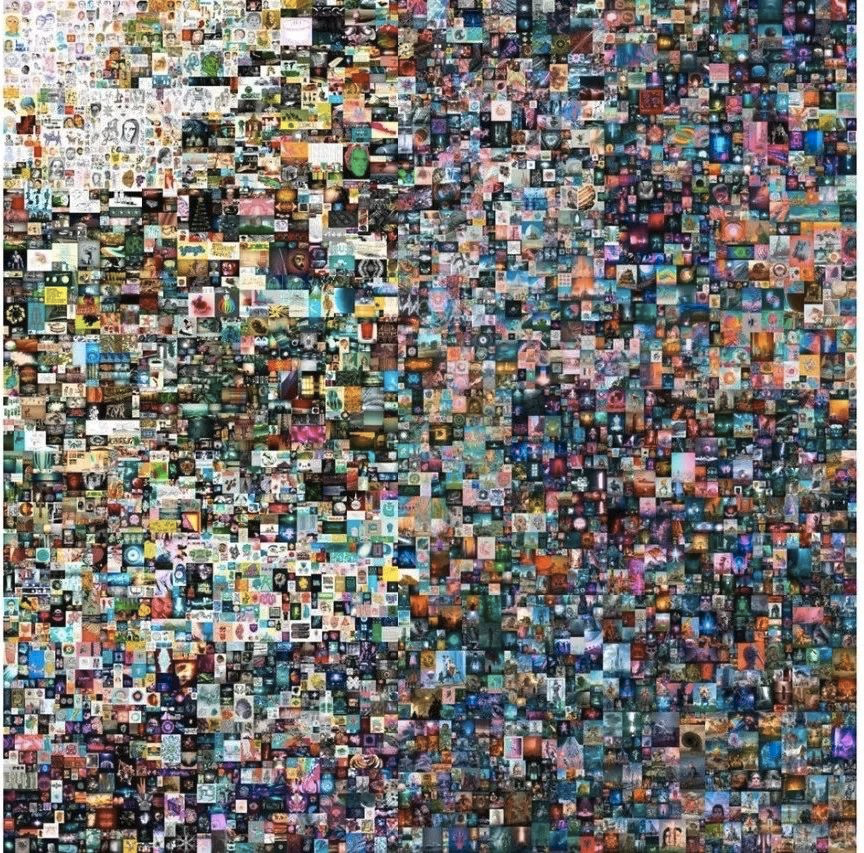 "Everydays: The First 5000 Days”-Image is extract from Internet

In 2020, after the NFT has formed its own ecosystem, it has embraced it first round of popularity as DeFi gone viral around the global. In 2021, NFT continues to explore the diversity in integration scenarios. NFT has gradually integrate with traditional art, finance, entertainment media and many other markets. The diversity of its asset forms and application scenarios make NFT ecosystem continue to expand.

To many people, NFT is like the magic bean and is grown into a forest overnight. Regarding the history of NFT formation, this article will reference and quote Andrew Steinwold's "A Brief History of NFT" to sort out the origin and development of NFT.

The predecessor of NFT can be traced back to 1993, when Hal Finney shared an interesting concept with the Cypherpunks team on CompuServe-Crypto Trading Cards. 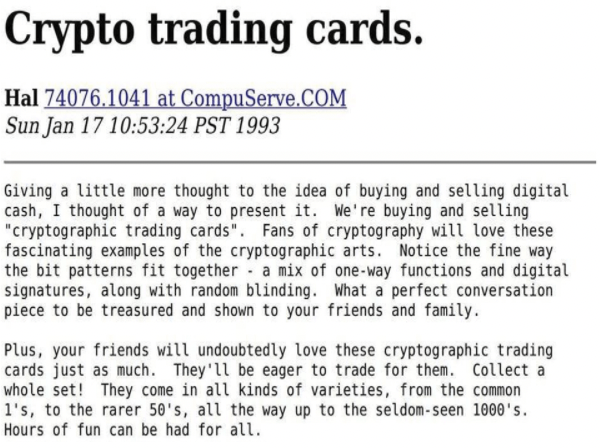 
In 2012, the first NFT-like token, Colored Coin, was born. Colored Coin is composed of small units of bitcoins, with the smallest unit being one satoshi. It can represent multiple assets and have multiple uses, including property, coupons, and issuance of company shares.


Colored Coin represents a huge leap in Bitcoin use, but it also have its drawbacks. Colored Coin can only represent some value when everyone agrees with their value. But this does not prevent Colored Coin from showing the feasibility and development potential of the real asset chain, laying the foundation for the development of NFT.


In 2014, Robert Dermody, Adam Krellenstein and Evan Wagner founded Counterparty: a point-to-point financial platform, and established a distributed open source Internet protocol on the Bitcoin blockchain. Counterparty supports asset creation and has a decentralized exchange, XCP contract currency and many projects and assets, including card games and Meme transactions.


Spells of Genesis game developers used the Counterparty platform to issue game assets on the chain, and funded the game development by issuing BitCrystals tokens, which can be used as exchange currency within the game.


In August 2016, Counterparty cooperated with Force of Will, the fourth-selling card game in North America, to issue cards on the Counterparty platform. Force of Will is a large mainstream company with no previous blockchain and cryptocurrency experience. This cooperation shows mainstream game company's interest in the digitization of game assets and this action is a symbolic exploration and attempt.


In October 2016, Rare Pepes was issued as an asset on the Counterparty platform. Rare Pepes is a meme with frog characteristics. These memes have a huge fan base and a meme exchange called Rare Pepe Meme Directory has been established. 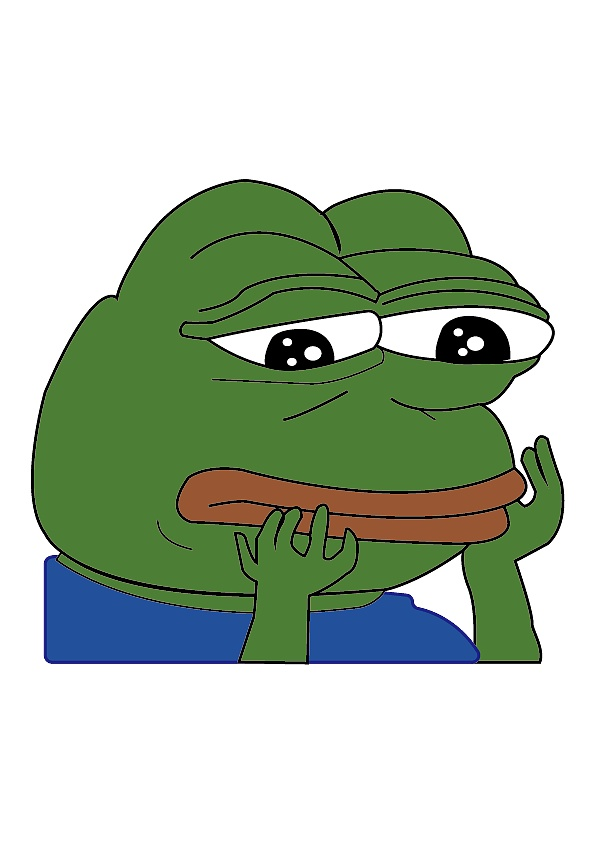 
At the beginning of 2017, Ethereum rose strongly, and Meme transactions began to appear on Ethereum. In March 2017, Peperium, a decentralized meme market and trading card game (TCG) project, enabled anyone to create memes that are permanently stored on IPFS and Ethereum. Peperium's associated with the token RARE can be used to create memes and pay for the listing of works.


CryptoKitties is a blockchain virtual game launched by Axiom Zen located in Vancouver, which allows players to adopt, feed, and trade virtual cats. The rise of CryptoKitties coincided with the bull market in 2017. Driven by the enthusiasm of CryptoKitties fans, the price of some virtual cats madly rose to 100,000 U.S. dollars, causing the public noticed the potential and power of non-homogeneous tokens. 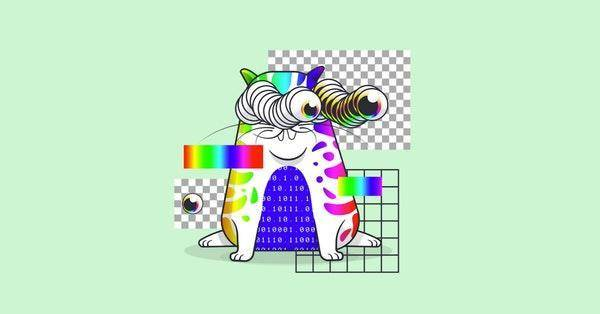 
In 2020, Dapper Labs released the Layer 1 public chain Flow built with games and other digital assets as the target market to enhance the integrity of the NFT ecological infrastructure. In the same year, NBA TOP Shot, an NFT digital collectible based on Flow, was launched only half a year ago, with a transaction volume of over 42 million US dollars.


In January 2021, VIV3, an NFT trading platform based on Flow, was officially launched. Artists, game studios, etc. can use VIV3 and Flow technology to mint NFT tokens, and sell assets to fans, collectors, game players and digital asset investors . OpenSea, SuperRare, and other top trading platforms' NFT work issuance and trading channels have been expanded in many ways, and NFTs have quickly emerged as the heated trend.


The Future of NFT- Its Potential


From Cryptokittens to NBA Top Shot, from emoji pack Nyan Cat to "Everydays: The First 5000 Days", and then to "CryptoPunk #7523", which created a single CryptoPunk NFT. NFT is like a group of sparks, gradually becoming a prairie fire. . It has only been a short span of 5 years and BFT went from mainstream to becoming a popular trend today. During this period, NFT has been integrated in multiple fields, from the game field to the art field, from the fashion field to the e-commerce field, and from the traditional industry. In emerging industries, people's pursuit and love for NFT has never stopped.


Looking back on the past May, despite the "5·19" incident, the hot spots for NFT out of the circle have never stopped. For example: On May 27th, Gucci displayed its first NFT artwork and will be auctioned at Christie’s. On May 27th, Huanren Chen released the second NFT "The XXXX I through the NFT platform Treasureland. 77 records are sold out within one minute. The total price is about US$190,000. On May 21, China Guardian first auctioned the NFT artwork "Peony Pavilion Rêve’s Dielianhua—Information Technology Penetrates "I"", which was sold for 667,000 RMB. On May 20th, Taobao Ali 520 Auction Festival launched the NFT digital art special and so on. It is foreseeable that NFT will release unlimited potential and value in a in the future.

*This article only represents the views of observers and does not constituted as any investment advice.

*The content of this article is original and the copyright belongs to Gate.io. If you need to reprint, please indicate the author and source, otherwise legal responsibility will be investigated.