Gate.io Blog Bored Ape: Why is a Single Ape Avatar Being Sold for $180,000?
Industry Analysis 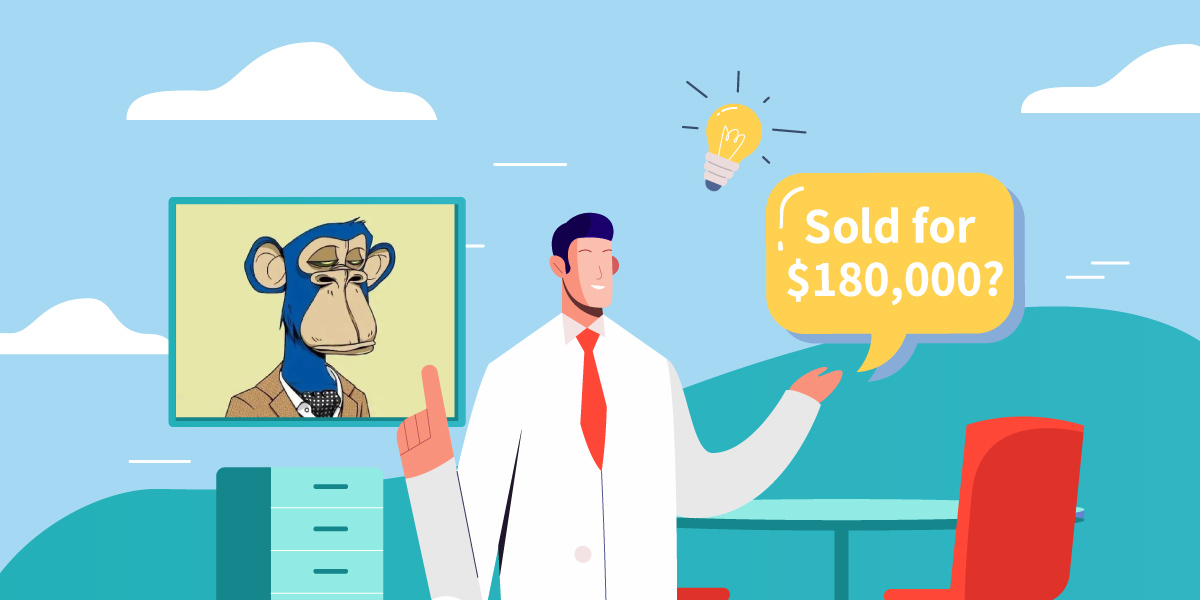 Late last month, Stephen Curry, a famous NBA star, bought an ape in a burlap suit worth 55 Ethereum (about $180,000 or ￥1.16 million) and made it his Twitter profile picture. People have marveled at why Curry would spend such a large sum of money on an image. This event has helped the Bored Ape project and the NFT technology behind it take the crypto market by storm. So, what is Bored Ape and what makes it so valuable? To figure this out, we had better start discussing the NFT technology itself and the originator of the NFT avatar project, CryptoPunks.

The NFT market has continued to grow in size over the past few years. In the first half of 2021, NFTs have been in the spotlight as a result of a series of popular events, with the market size reaching $2.5 billion. NFT applications have changed from single to multiple and have become more diverse. They range from art collections to digital records, from computer games to sports.


Non-fungible tokens(NFTs) are irreplaceable and not divisible. The most important feature of NFTs is that each NFT on the blockchain has a special and unique identity and can’t be replicated. The emergence of NFT gives digital assets a "proof of ownership" and makes it a solution to ownership in the crypto world in a decentralized form.

In 2017, Matt Hall and John Watkinson, founders of a New York software company, created a software program that generated thousands of different and odd-looking characters. It is now known as CryptoPunks. It is a pixel head portrait project. Initially, CryptoPunk had 10,000 head portraits with 24 by 24 pixels. Anyone who had an Ethereum wallet could pick up the head portrait for free and trade them on the secondary market.

Cryptopunks are a form of NFT. This shows the unique value proposition of NFTs compared to other cryptocurrencies. Because of their non-fungible, unique and scarce nature, NFTs can be tied to real-world goods and can be used to create unique digital artworks that can be traded and collected. They are providing a way to mark the ownership of native digital assets.

All of a sudden, NFTs have become one of the hottest assets of 2021. The NFT platforms and products made available have ushered in a new era and created a booming ecosystem that has formed a relatively complete industrial chain. Among them, the Bored Ape project is considered a standout.

The Emergence of Bored Ape

The Bored Ape Yacht Club, or BAYC for short, is an Ethereum-based NFT project according to the standard ERC-721 contract. It issued 10,000 Bored Ape NFTs avatars, with the data hosted on IPFS. In this project, apes are endowed with different expressions, headgear and costumes. This means each Bored Ape avatar produced has different characteristics, some more rare than others. At the beginning of the release, these apes were sold for the same price, which was 0.08 ETH for each one.

So, how did the Bored Ape come into being?

BAYC was founded by Gargamel and Gordon Goner (aliases). Prior to its founding, Gargamel was a writer and editor. Goner was planning to study for an MFA but had to stop for health reasons. This afforded him the time to focus on crypto coin trading. It's safe to say that they were not primarily focused on the technical aspect, but rather two guys who were obsessed with literature and art.

They noticed that many NFT avatar projects were sweeping the crypto world by storm and began to build their own NFT project. At first, they wanted to launch digital girlfriends, an idea that was quickly abandoned because it catered too much to men. So they continued brainstorming and came up with the idea of creating a shared digital canvas. Then they conceived a sci-fi story scenario: In 2031, those who invested in cryptocurrencies in the early years have become billionaires. They're getting very bored. If you were one of them, what would you do? At this point, a unique image comes to their mind: You might be hanging out with a bunch of bored apes at a country club. That’s when they came up with the Bored Ape Yacht Club. It can be said that the project's features stem entirely from the personal traits and thoughts of its founders.


On May 1st, Bored Ape NFTs went on sale. Well-known NFT collector Pranksy joined other collectors in snapping up some of the 10,000 Apes that were sold out in just two hours. It was not long before their prices skyrocketed on the secondary market. The NFT market as a whole began to cool down and the ape project faded out of sight for a while. However, the BAYC craze has returned with a bang recently after a brief shakeout in the NFT market and has drawn people's attention again.

What has caused the “Ape Mania”?

BAYC has accumulated a large number of loyal users. Together with the growing price of Bored Apes, the BAYC community is also thriving. According to OpenSea, a secondary market for NFTs, the price of Bored Ape NFTs has now reached a floor of 32 ETH, or about $100,000. This is an increase of more than 400 times from the original minting price of 0.08 ETH. 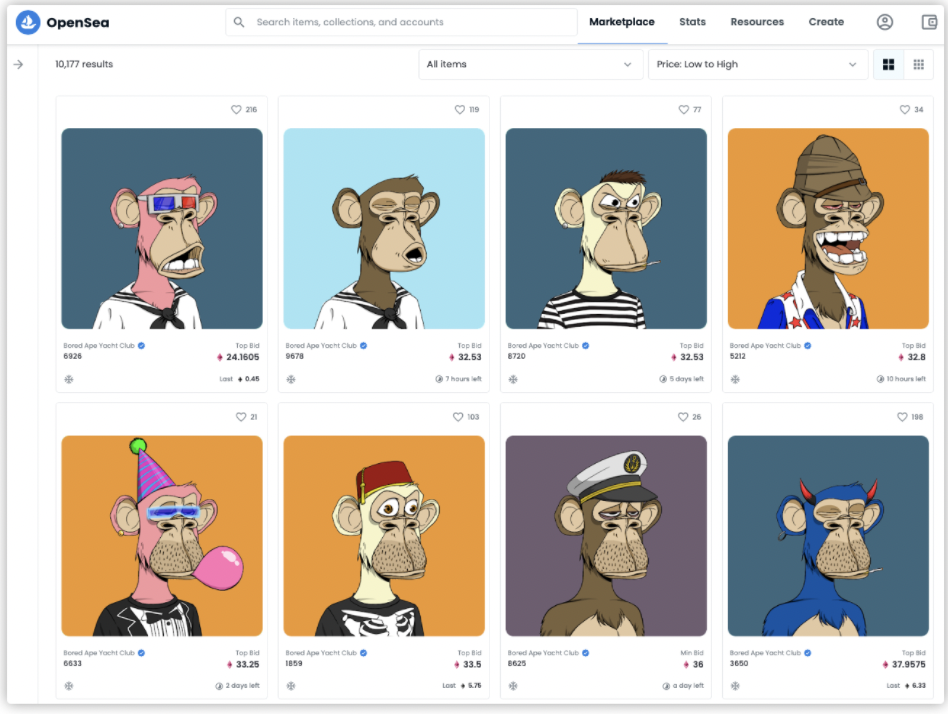 The “Ape Mania” is mainly credited to the unique community gameplay. The BAYC is one of the few vibrant conversational communities in the crypto world with a high level of activity and user loyalty. The “backstory” of the BAYC project is a group of apes who achieved wealth freedom and have nothing to do, and their way to have fun is to draw on a page at will. Thus, the first right of Bored Ape holders is to paint a pixel on the Bathroom canvas every 15 minutes. Progress has been slow, but thanks to the efforts of the entire community, the digital painting still looks fantastic. NFT tokens are given to members from time to time as a benefit. In addition, Ape owners have access to a plot of land in the Sandbox. 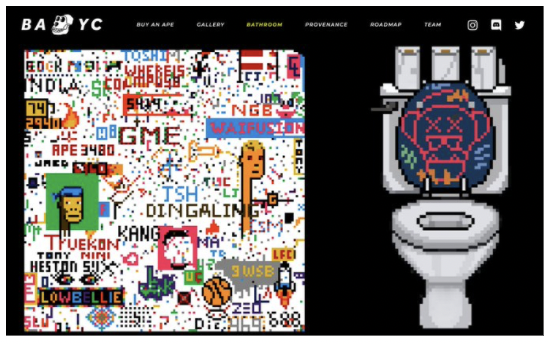 BAYC Bath page and Bathroom Pixel Art on May 3rd 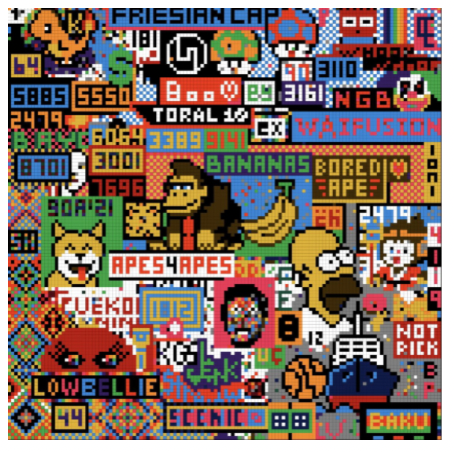 Bathroom Pixel Art on Aug 13
The purchase of a Bored Ape also means the owner has the full commercial rights to the avatar. This allows the owner to design their own peripheral products and earn revenue. It seems that Bored Apes have developed into a fashion brand that owners are proud of.

Apart from the official "privileges" granted, what makes BAYC so attractive is the identity consensus among the community members. In the community, there is a unique "Ape follow Ape" culture, where members and fans set their social media profiles as Bored Apes and follow each other. For Ape holders, the Ape avatars became the “business card” to connect with each other. For other users who notice such a large number of strange apes across social media, they could not help but gain an interest in the project, which further promoted the social inclusion of both holders and non-holders in the community.


In addition, the Bored Ape NFT community has gradually appealed to influencers and celebrities such as Curry and Yu Wenle. This celebrity effect has also made the Ape price skyrocket.

Gate.io is Grasping the Future of NFT Avatars Through OpenPunks

Gate.io's recent global debut of OpenPunks, similar to Bored Ape, is also a community-based and publicly created collection of avatars. OpenPunks aims to enrich the imagination of its community of users through a new NFT creation work model. Being at the forefront of NFT technology is certainly not easy, but after the difficult climb to the top of the mountain, the innovation and utilization of our NFTs will become widespread!

OpenPunks consists of multiple basic elements, each of which enjoys different classification attributes and has a specific scarcity. They are generated randomly with various possibilities. The characteristics of each component are displayed in the form of text. A small number of elements have rarer value attributes, including character type, hair color, skin, role and so on.

The first batch of OpenPunks will be randomly generated by the system, and users will get it through auction. Combining text de_script_ion and avatar display of the NFT methods, users can conduct secondary sales or creation. During this period, the community will play a vital role in promoting OpenPunks. The community’s inspiring creative OpenPunks can give a new lease of life to the avatars. Every creation and transaction process will be value-added progress. 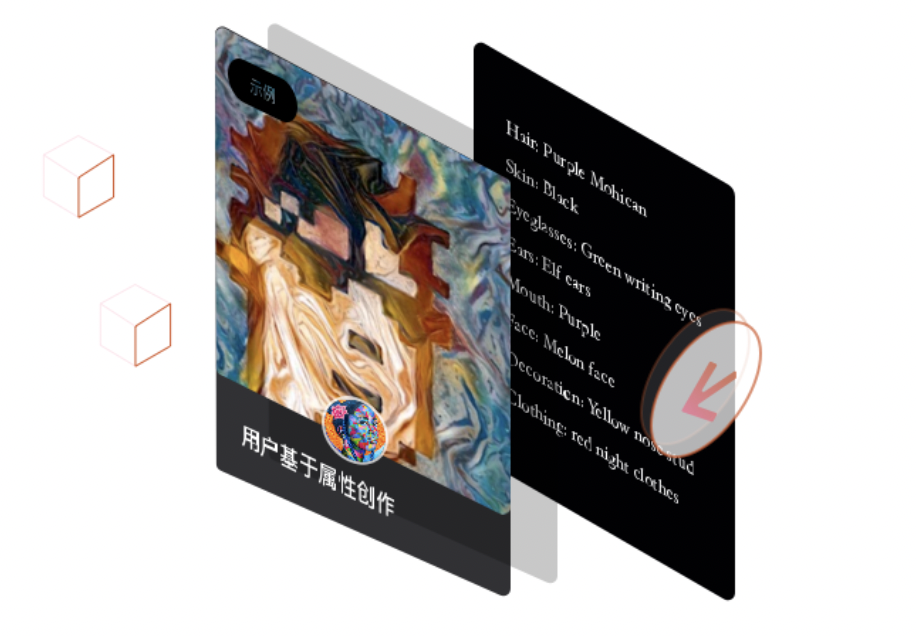 OpenPunks will serve as Gate.io's "frontier product" to explore the new NFT universe. It will unlock the infinite possibilities of NFT creation, and lead the trend of the free creation of NFTs by community users. In addition, Gate.io will plan to introduce new and different types of collections similar to OpenPunks in the future. This will provide a steady stream of NFT prosperity for the community while also increasing the level of sustainable development.

Gate.io OpenPunks has been launched officially worldwide, creating a new universe of NFTs

Author: Gate.io Researcher: Ashley. H
*This article represents only the views of the researcher and does not constitute any investment suggestions.
*Gate.io reserves all rights to this article. Reposting of the article will be permitted provided Gate.io is referenced. In all other cases, legal action will be taken due to copyright infringement.

Share to：
Follow us：
Trending
Analysis of the SQUID Game Contract Vulnerability - Risk Remains High
Squid Game Rug Pull Scam: How Do We Choose A Reliable Project?
Why Is META （Previously Facebook）Betting Big On Metaverse?
ENS Airdrop: What Do You Know About It?
Taproot: What Impact Will it Have on the Bitcoin Eco_?
C
+/–
%
7
8
9
+
–
4
5
6
×
÷
1
2
3
×²
√
0
.
=
Mobile
Desktop
Windows MacOS
Click top-right
Click "Open in browser"
Download in your browser